Patient safety protocols matter for every patient, but are especially critical in the NICU, a unique setting with high risk for medication errors. A team of MEDNAX-affiliated neonatologists in San Antonio credit their close relationship with their hospital partner, who actively supports customization of NICU order sets within the facility, as the key element in helping them promote quality improvement and safety for the littlest patients.

More than a decade ago, Alexander Kenton, MD, and fellow providers recognized the existing technology used to order tests and medications, and map out overall care at one hospital, was not ideally suited for NICU patients. Flaws in the technology aren’t deliberate. It’s the nature of the NICU, where dosing is more complicated for neonates than for adult patients. In the NICU, dosing of medications can be affected by birth weight, current weight, gestational age at birth, age in days as well as other factors. Premature infants — who may weigh only one or two pounds — are far more sensitive to medication side effects; some of which can be lethal.

“Antibiotics and Tylenol were specifically worrying to us,” said Dr. Kenton. For example, it would be possible to give a tiny dose to an infant and that baby could become toxic quickly, but the system wouldn’t alert. The system also didn’t take into account when a neonate was near a maximum daily dose of a medication.

Dr. Kenton began testing the system in simulated scenarios. “I was shocked by the results,” he said. With the full support of his hospital, he and his team have worked for years to build a framework of continuous improvement. 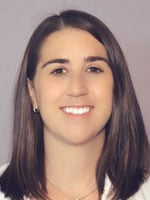 “Everything happens so quickly in the NICU,” said Katharine Johnson, MD. Forethought can help achieve better results in less time. Seconds can sometimes make a difference for life or death, especially in an intensive care unit. “While being fast and efficient, it’s too easy to make calculation errors,” said Dr. Johnson. “Putting these order set criteria into place gives us greater confidence and it minimizes the frequent ‘double and triple checking.’ We have a backup to ensure we don’t miss anything.”

One immediate area of concern was the NICU transport system. “We developed automatic, forced time and dose checking of any medication given to a patient in transit, prior to allowing medication dosages to be given at the facility,” said Dr. Kenton. This prevents medical teams from repeating a dose that has already been given earlier by the transport team.

“Everything our providers and their hospital partners can do to safely speed up work flow leads to more time for our providers to focus directly on the patient instead of the paperwork,” said Robert Ursprung, MD, MMSc, MEDNAX-affiliated neonatologist and Director of MEDNAX HRO Patient Safety Program for Women's and Children's Services.

Technology has changed health care, but it’s important to have that back up in place to help decrease human error, said Dr. Kenton.

Dr. Ursprung and established scientific research agree. “Electronic order entry immediately decreased certain types of medication errors, such as those due to poor legibility. But technology can facilitate other types of errors as well, such as medication concentrations or certain types of dosing errors,” said Dr. Ursprung. Studies have shown that we, humans, often place more faith in what a computer says over something that is handwritten.

Overcoming the fallibility of technology and human nature demands effective partnership between physicians, nurses, hospital leadership and information technology departments. “Thinking ahead facilitates safety in the moment when those seconds matter for our patients,” said Dr. Johnson.

The challenge of success

The team is proud that, with the support of the hospital, several of the standard concentrations, NICU order sets and antibiotic maximum dose recommendations were implemented throughout the health system. But when asked to quantify their achievements, Drs. Kenton and Johnson have a simple retort: “How do you define success?”

They acknowledge effective implementation is a long and chronic process. “But success itself is relative,” said Dr. Kenton.

“Our quality improvement and patient safety initiatives are helping ensure peace of mind for our clinicians,” said Dr. Johnson. “This groundwork instills confidence that we are actively working to reduce errors, especially in the NICU, where neonates are saved every day by medications, but are also the patients most susceptible to medication errors.”