Guest Blog: What is myocarditis and why is it making children sick?

COVID-19 and all of the questions around mask mandates, vaccines, treatments and variants has caused immense confusion, distrust and even anger. Though it has become absolutely obvious to most of us that COVID-19 is spread by droplets, prevented by masks and significantly decreased by vaccines, there is still misinformation and fear throughout the social media cosmos. As if all of that wasn’t enough, the nasty virus then morphs itself into new variants and causes later side effects that none of us were ready for.

I’m focused on this today because of rare later effects of COVID-19 that we have discovered and are diligently trying to define and describe. Because of all the incredible databases and hospital reporting that were rapidly deployed during this pandemic, scientists early on began to note “signals” – symptoms and side effects reported to these databases that did not fit the common pattern seen in the typical patient infected with COVID-19. One of the biggest signals was noted last year in children.

Why do kids get sick a month after getting COVID-19?

The reports caught attention because:

With further investigation and awareness, we soon found and described a syndrome in children that we now call “MIS-C,” or Multisystem Inflammatory Syndrome in Children. Until we got our arms around this new disease, many children died or were left with severe disabilities due to MIS-C. By rapidly sharing and distributing information, pediatric providers quickly began trialing treatments and were able to improve outcomes for kids with MIS-C. The mortality for this disease has now dropped close to zero.

MIS-C is still under investigation. As with everything pediatric, there are many barriers to doing research on children and fortunately, the number of affected children is now very small. The initial reports out of England in March of 2020 involved 23 children. Then in New York, between April and May 2020, another 15 children were described. The numbers and investigation capabilities have continued to increase. According to the Centers for Disease Control and Prevention (CDC), as of August 27, 2021, there have been 4,661 reported MIS-C cases and 41 deaths. We still do not understand why some children develop this syndrome while millions of others do not. The CDC also reports the regions with the highest reported numbers of MIS-C mirror the number of cases of COVID-19.

We know from our current research that the median age for MIS-C is 9 years, and half of the cases occur in children between the ages of 5 and 13 years. 99% of these patients had a positive test for SARS CoV-2 (the virus that causes COVID-19), and the other 1% had an exposure to someone with COVID-19 infection. 60% of the cases have been male, and 62% of the cases have occurred in children who are Hispanic, Latino or Black. There have most likely been hundreds of other cases, but they were either not reported or missed due to milder symptoms.

Why is myocarditis making children sick after COVID-19 infection?

When the inflammatory response attacks the muscle of the heart, the disease is called myocarditis: myo = muscle, carditis = heart. We also see pericarditis with viral infections, which is inflammation of the covering around the heart: peri = around, like “perimeter.” When the heart muscle becomes inflamed, the muscle can have a more difficult time coordinating the trigger to squeeze and then contracting. This causes weakness of the heart and decreased efficiency of propelling blood out to the body. When the heart muscle is stressed, a cardiac marker called troponin will acutely increase. This is a common lab that we collect when patients present with chest pain or concern for cardiac dysfunction or heart failure. We can follow this lab, or “troponin leak,” to have a general idea (not specific) of whether heart function is getting worse or improving. More importantly, an echocardiogram (involving a probe and some gel on the chest) is needed to determine overall heart function and cause. Cardiologists read these “echos” and report back on whether the function is normal or not, and if the muscle (myocardium), a valve or the lining of the heart (pericardium) is the problem.

Myocarditis, if caught early, can be treated with supportive care, steroids, IV antibodies from other people (IVIG) and other anti-inflammatories depending on the hospital and severity. If severe on presentation or unresponsive to treatment, myocarditis can develop into total heart failure, cardiac arrest and death. Most of the deaths due to MIS-C so far are believed to be due to heart failure.

It is impossible to predict at this time which children will get MIS-C and which of those children will go on to develop myocarditis. MIS-C can present as altered mental status, as in encephalitis (inflammation of the brain), vomiting and diarrhea or skin rashes. We don’t yet have enough cases to fully define, but we believe the percentage of MIS-C patients who develop myocarditis may be quite high. Health care providers must understand this and look for it.

As the number of Delta-variant COVID-19 infections increases, we fully expect to see another surge of MIS-C cases one to two months later in each community that sees a spike of adult infections. We must be diligent and aware in order to prevent any further mortality in children! 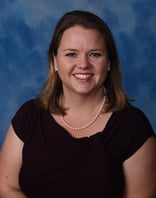 Read more about Dr. Deeter’s journey into pediatrics on our Mednax blog. This content was originally posted on her personal blog.