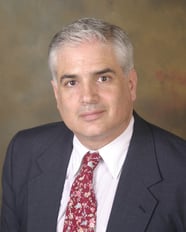 As a tireless champion for neonates and innovation, Pediatrix Medical Group neonatologist Mitchell Goldstein, MD, is being recognized twice. In June, he was honored by his peers with an achievement award, and this November he assumes the elected role of Executive Committee Chairman for the American Academy of Pediatrics Section on Advances in Technology and Therapeutics (SOATT).

“First and foremost, it’s a love for babies,” Goldstein said about his interest in medicine. He chose neonatology because “there were many different horizons,” he said, “and the ability to do things that are clinically and academically relevant.” As a growing field, accessibility of medical devices for infants is a specific concern. “We need to make technologies available for neonates that work more than part of the time,” he said.

Goldstein’s leadership on the SOATT committee, one which focuses on cutting-edge improvements for pediatric health care, is an opportunity to apply his expertise. “I was always interested in the development of new technologies and promoting the idea of new therapies for all ages,” he said. In 2002, Goldstein even testified before a U.S. Senate subcommittee to encourage greater understanding by group purchasing organizations (GPOs) of the value smaller manufacturers and new devices bring to hospitals and patients.

At the hearing, Goldstein shared an experience from his work in the NICU, when a standard pulse oximeter measured no level of oxygen saturation in a newborn. “The nurses and respiratory therapists questioned the wisdom of continuing the resuscitation [on the patient],” Goldstein said to the committee. Then he described trying a different device on the infant. “I attached a novel new oximeter that we had only because of our research,” Goldstein testified. “We finally had a number to work with,” he said. With signs of life identified, care was continued. Otherwise, the clinicians might have given up on the patient.

Goldstein called the new device “superior to its competition,” but noted the product was having a difficult time reaching hospitals due to the market share power of larger, long-standing manufacturers. He felt this constrained access and limited choice for physicians. Recalling the result of his testimony, Goldstein said, “Now [more than a decade later], even doctors who don’t know who I am can get access to medical equipment.” It remains a proud moment in his career because “it affected the most babies nationally.”

In June, his vast curriculum vitae grew. In addition to his many leadership positions, his commitment to education, his dedication to patients, his research, his publications and his honors, Goldstein learned he was receiving the 2016 William L. Cover, MD, Award for Outstanding Contribution to Medicine, given to a highly experienced physician member of the San Bernardino County Medical Society who is deeply committed to innovative care. “It was definitely a surprise,” Goldstein said. He had been nominated in 2015 for the award, but the nomination was submitted too late. “I had no idea they held it over for 2016,” he said. “It validated my work of advocating for babies and my patients.”

With more than two decades as a physician, Goldstein is currently Associate Professor of Pediatrics at Loma Linda University Medical Center, Associate Clinical Professor of Pediatrics at Western University of Health Sciences and Medical Director Emeritus for Queen of the Valley Hospital and Citrus Valley Medical Center. He is also Medical Director for the National Coalition for Infant Health, an education and advocacy network of clinicians, community and family of premature infants.

He is board certified in general pediatrics and neonatology, and a Fellow of the American Academy of Pediatrics. He earned his bachelor’s degree and medical degree at the University of Miami and completed his pediatrics residency at UCLA and neonatology fellowship at the University of California, Irvine. With most of his life spent in Southern California, Goldstein is also medically fluent in Spanish and skilled in Japanese.

Even away from his patients and students, Goldstein is often focused on self-improvement, increasing his knowledge, joining conference calls, updating resources and planning conferences. But he is also a husband and father and enjoys traveling and spending time with his family.